Bruckner’s Ninth Symphony, unfinished, received its first performance in 1906, ten years after the composer’s death. Mahler, who knew the score but was not at the concert, wrote to his wife Alma, that it was ‘the highest culmination of nonsense’. Since then, however, those three movements have come to be regarded as amongst the greatest of symphonic achievements of the 19th century.

Now, a hundred years later, we are slowly becoming familiar with what Bruckner was writing for the finale up until the day he died. It is strange and disturbing music, and many of those devoted to the three-movement performances find themselves echoing Mahler’s response to the preceding movements: nonsense! But the symphony was always designed to chart a course from darkness to light, the desperate path through the darkness ‘swept with confused alarms of struggle and flight’, the blessing of a visionary transfiguration only to be bestowed at the very end. And there’s the problem: the final pages were either never written down, or failed to survive the predations of vultures who descended on Bruckner’s estate the day he died.

Think now of the challenge presented to the conductor and his musicians: to shatter our devotion to the three-movement symphony, interpreting it now in such a way that the finale has become absolutely necessary! And then to play it with such passionate conviction that Bruckner’s music, as made performable by the forensic in-fills and additions of modern scholars, gives at least some shuddering apprehension of the extraordinary territory over which the composer sought to travel to his heaven-storming destination. It was in this finale that Yordan Kamdzhalov’s prowess as a visionary conductor was revealed at its strongest, the structure and the pacing of the movement judged such that, for all its seemingly wayward diversions, its purposefulness was never in doubt, and the coda that the ‘completers’ had provided (in the absence of little more than a few reports and a few hints from Bruckner’s manuscripts) gave us at least some intimation of the great song of praise with which the symphony was to have ended. I have now heard many performances of the finale, including that by Sir Simon Rattle and the Berlin Philharmonic, but at this point Kamdzhalov outshone them all.

There had been much that was impressive in the early movements. The shaping and playing of the opening horn theme was glorious and the balancing of voices in the second theme group particularly effective. It’s good to hear the first violins’ sustained melody sound so clearly out of the thick contrapuntal texture to start with, and thereafter to be entranced by the changing colours of the orchestration as different voices are taken up by strings and woodwinds. Kamdzhalov launched the coda, his arm extended to the woodwind, their jagged double-dotted leaps becoming totally mesmeric, and thereafter he shaped the vast paragraph to devastating effect.

The Heidelberg Philharmonic has a characterful oboe, which at times could be a little obtrusive, but helped to make the dissonant held chord that opens the Scherzo sound really malevolent, and the great thumping fortissimo theme when it burst in had terrifying brutality. Even more unsettling was the swift trio, scampering nightmarishly across the landscape before the stamping monsters returned. The strings acquitted themselves well here, which was not always the case in this performance where there were occasional imprecisions and a sense that some desks further back were not always as committed as their colleagues at the front.

The Adagio is perhaps the movement that needs most careful readjustment for a four movement performance. Maybe a long, drawn-out farewell at the end is now inappropriate, but the great dissonant climax must have full power, it is the great crisis, the deepest moment of darkness out of which the finale must lead, and it was here that I felt Kamdzhalov’s approach may have faltered. Although there had been some wonderful playing – the second subject sang gloriously and the Wagner-tubas’ ‘farewell to life’ chorale (and indeed, the horn playing throughout) was as beautiful and as noble as you could wish – the movement didn’t quite culminate as powerfully as it should. But this is an immense work, and it was amazing that the concentration and passion apparent as the symphony began were maintained as Kamdzhalov proceeded attacca into the finale, and blazed with full power through to the end.

The emotional terrain covered by Vasks’ Distant Light – a violin concerto – is also directed towards the illumination of spiritual darkness, albeit expressed with a softer-toned and less cataclysmic language. It begins and ends with barely audible motivic fragments on the violin, played with immaculate assurance by Alina Pogostkina. Its first part is a lengthy, ‘soulful’ cantabile section, Pogostkina’s full tone supported by soft chords from the string orchestra. Two cadenzas punctuate the work, whose virtuosic demands she accomplished superbly. The livelier middle section, even though employing folk dance elements, never really escaped the plangent atmosphere of the first part, and after the second cadenza the nostalgic atmosphere returned, the sought-for light finally receding into the distance as the soloist fizzles off into the near-silent stratosphere.

This was Yordan Kamdzhalov’s final concert as General Music Director, Heidelberg and the Burgermeister made a speech. The concert’s ambitious programming and earnest aspiration, and above all the profundity of interpretative inspiration that sustained the performance, confirm that his departure is a great loss to the cultural life of this university city. 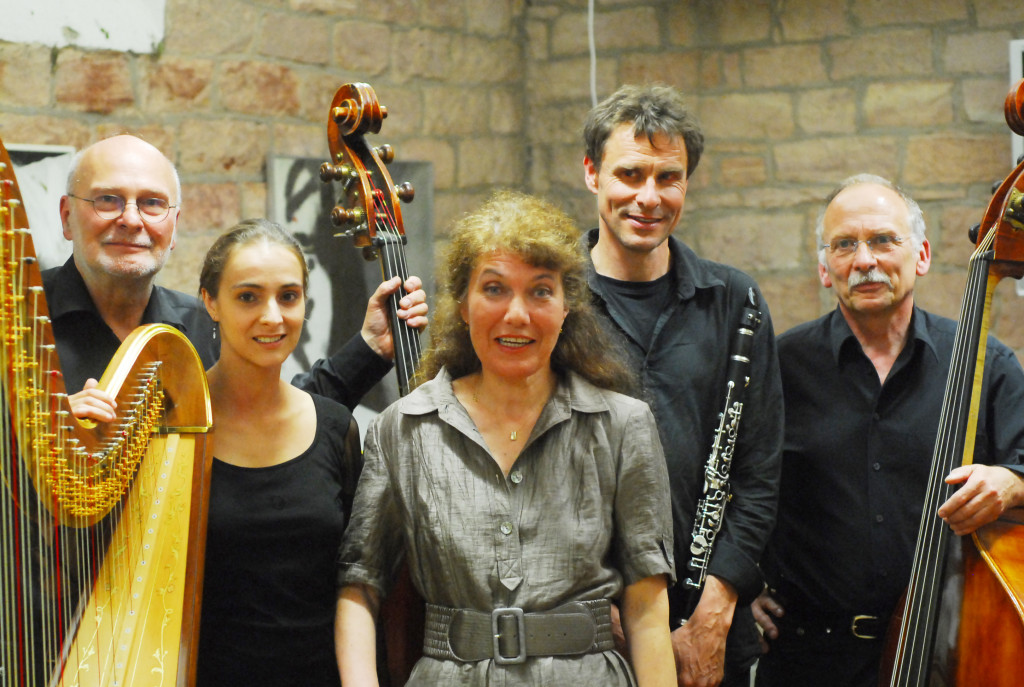 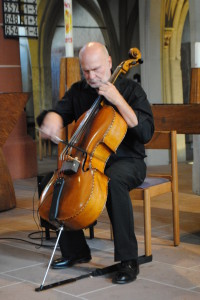